The 21st (really? Almost two years!) Whiskyauctioneer sale ended last week and brought with it a whole host of record prices, some were particularly strong. Amid solid demand, the secondary rare whisky market (for the right bottles), looked well and truly governed by the bulls.

The first-release phenomena stood out with the sale of a full set of An Cnoc Peter Arkle bottles. The first release (fourth bottle along in the image) achieved £138, it’s first time over £100 but the rest of the collection dipped.

Tipped as ‘buys’ previously, many independently bottled Ardbeg values drifted further north. As LVMH continue their strict cask control regime (I’ve tried to buy some, it didn’t work out well!) the number of remaining casks in the market out-with LVMH control continues to wither on the vine. Diminishing supply and no let-up from an army of keen fans should see these bottles continue to perform.

Our local distillery and frequent source of great juice, Balblair, saw the first release 1989 vintage peak at £127 (first release standing out again). Just £25 took this at auction in 2010.

Surfing on Atlantic wave sized peaks and troughs, as is now common with the distillery, Bruichladdich had an interesting set of results. The trilogy of Blacker Still, Redder Still and Golder Still saw Blacker selling for £370; way under its record £600. Redder sold for £350, just off its previous best £410 and Golder advanced significantly to sell for a heady £330. In 2011 Golder sold for a mere £78, well under its original retail price.

Previously one of the most sought after collectable Bruichladdich’s was ‘The Rocket’ or WMDI – Whisky of Mass Distinction (followed by the far more common WMDII – Yellow Submarine). As far back as 2008 WMDI was selling for £180 – £200; more recent sales have been as much as £270 and £310. In common with Bruichladdichs yo-yo-esque auction performance one sold for an all-time low of £175 (it also subsequently sold for less than that but more on that next week). Unless Bruichladdich is being bought as a drink or as a collectable, we’re advising to wait on the side-lines as an investment; certainly until values stabilise and this extreme volatility settles. 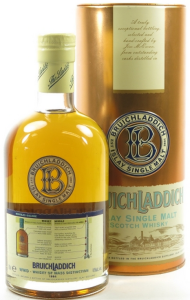 What goes up can also come down

Released in 2003, the Glen Flagler / Killyloch pairing performed impresively. As the only official bottling from Killyloch, this 1967 vintage sailed through its previous £1,550 record and sold for £1,850. While the Glen Flagler failed to achieve an outright new record, (£1,150 was bid in September 2013) it out-performed its current £550 – £750 trading range and set a second best price of £1,000.

Other record silent still sales were achieved by –

All images courtesy of Whisky Auctioneer