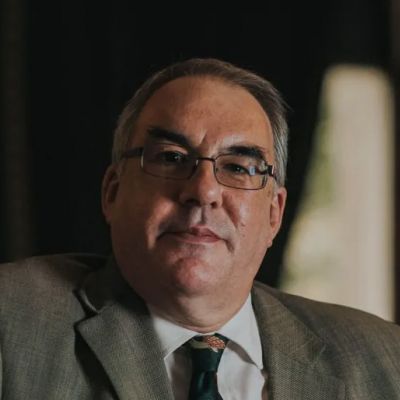 Gavin is the author of more than a dozen whisky related books including The Whisky Book and Let Me Tell You About Whisky.

Distillers the world over have to comply with prevailing regulations, sometimes finding them overly restrictive and wishing for greater freedom to innovate.

Getting changes made to distilling regulations is always tricky when you come up against the vested interests of the biggest beasts like Pernod Ricard and Diageo and existing laws. In Scotland, for example, pleas for the allowance of greater transparency by Compass Box and by Bruichladdich regarding the contents of their whisky bottles a few years ago fell foul of UK and EU laws and the largest distillers in the industry seemed in no hurry to leap to the defence of their smaller brethren.

Compass Box and Bruichladdich were merely advocating for the option for distillers to reveal a breakdown of component whiskies, ages and casks types in which maturation had taken place if they wished. A solution of sorts has been for some bottle labels to contain codes, which, when entered in producer or bottler’s websites, reveal the information which, by law, may not otherwise be displayed.

So, what does some of the new breed of start-up Scottish whisky distillers with innovation in mind think of present regulations relating to ‘Scotch whisky,’ and in particular the catch-all term ‘grain whisky,’ which is applied to spirit not adhering to the definition of ‘single malt’?

Ian Palmer is managing director of InchDairnie distillery in Fife, which opened in 2016 and produces RyeLaw, made from a mixed mashbill of malted rye and barley, while the distillery has also created a whisky distilled from oats, a sour mash whisky and a wheat spirit, comprising a mixed mashbill of 52% malted wheat and 48% malted barley.

According to Palmer, whilst an important part of InchDairnie’s raison d'être is “to look differently at how and what we distil,” he is keen to stress that “Without our industry’s strong heritage and indeed the regulations that are woven around it, InchDairnie, and many others, would never have seen the light of day. So, we must respect our history and not be too hasty throwing everything out. Our heritage must be waypoints along the way and not a constraint. But if you meet the core principles of ‘Scotch whisky’ then there must be a way to label it so that the consumer can take an informed purchasing decision.

“Simply calling it ‘grain whisky’ just because it does not fit the other categories is wrong and it is creating the very situation that it is trying to prevent. Rye is a classic example. In Scotland we cannot label something ‘rye whisky,’ it has to be ‘grain whisky.’ That in my view is confusing and misleading. The use of rye and new oak casks makes for a flavour difference.

“I believe the way forward is to leave what is working well alone but to create sub-categories of whiskies where the small niche products can thrive. The ones that use different grains for example and the ones that are different enough to warrant such a category. Let’s develop grain whisky into something we can all be proud of and not something we don’t want to talk about. It’s a great whisky.”

In their tiny Dornoch distillery in Sutherand, brothers Phillip and Simon Thompson distil around 15,000 litres of whisky per year, focusing on floor malted heritage barley, brewers’ yeasts and very long fermentations.  Phil Tompson notes that “It’s only limited as to what you can call Scottish single malt. The options are there to do other things if you please, but legally it would be ‘grain whisky.’ You could do Irish-style pure pot still or a bourbon and it would still be ‘whisky.’ It’s then up to you to convey what it actually is to the consumer.

Dornoch whisky aficionados are a small and very knowledgeable group, and Phil Thompson adds that “Our consumers are certainly receptive, and from a geeky whisky point of view you could sell 10,000 bottles of something. We don’t care that we can’t call it ‘single malt Scotch whisky.’  It doesn’t really matter to our consumers what category it may or not fall into.”

Thompson echoes Ian Palmer’s opinion when he says “Maybe we could do with some extra categories, other than just ‘grain whisky’ if products doesn’t fit current definitions.”

Holyrood distillery in Edinburgh began production during 2019 and managing director Nick Ravenhall explains that “The role of brewing in flavour creation within single malt whisky production forms the basis of Holyrood’s annual production plans with specific focus on the role of brewing malts, heritage malts and novel yeasts.”

He makes the interesting observation that “I believe it is the commercial structure that we’ve built for Scotch whisky production in Scotland rather than the legal framework that we have to work within that has led to the perception that Scotch doesn’t have the ability to be as innovative as other whisky producing nations.

“The role for most of our ‘heritage’ single malt distilleries is to produce a consistent, distillery character new make, that then fits into the needs of blended Scotch whisky demand requirements. This leaves little commercial incentive for the heritage producers to make anything other than what they have always made, and this commercial model actively encourages distilleries within that model to pursue consistency and efficiency, outputs which are the antithesis of flavour innovation.”

Ravenhall adds that “Legislation clearly sets out what we can and can’t do within Scotch whisky and from the standpoint that these rules are designed to protect the quality of the category and the trust that our customers place in the category then having a bar that we all have to meet as producers makes total sense.
He also makes the point that “The modern whisky drinker places more value on truth telling and knowledge than ever before and the need for transparency is so very important in building trust with the new generation.

“This is where we are behind in our legislation. Not being open and transparent with how we make what we make leaves Scotch as a category open to being interpreted as not truthful with this new generation, which ultimately discredits us. This is where new world whisky is winning.

“New world producers are incentivised to talk about their differences to Scotch to this new audience, they are open and transparent with their production practices and raw materials and these messages extend further due to reach of social media. This is valued by the new audience and I think this is an area where we need to refresh our thinking about transparency on how we make what we make.”

Since making the above comments, Ravenhall and the Holyrood team have met with opposition to their use of rauch malt – a German malt smoked over beechwood once used extensively in the brewing of Scottish ‘heavy’ ales.

A shortage of peated malt supplies, especially for smaller scale distillers, led Holyrood to embrace rauch malt to eke out its peated stocks earlier this year, only to discover that the Scotch Whisky Association considered rauch malt ‘non-traditional,’ and therefore potentially in breach of existing legislation.
Nick Ravenhall explains that “Even if something is not deemed ‘traditional,’ it could still be permitted if it doesn’t affect the flavour of the spirit. SWA opinion was not to allow it as it was a new flavour in the realms of peated malt.

“They said we should carry out an Islay peated malt test and a rauch malt test and get the independent Scotch Whisky Research Institute (SWRI) to do sensory analysis and evaluation and then the SWA would decide if it was allowable.

“As a distiller, how do you decide what meets flavour quality of single malt? There isn’t a compliance process, it’s up to you to self-declare. We are now a member of SWRI and that means we can commission work from them.  They bring an independent approach. Both the SWA and SWRI have been helpful in all of this. We are brushing up against existing Scotch whisky legislation, but the SWA has made it clear legislation can be changed.”

However, around the same time Holyrood was advised that the use of rauch malt was probably illegal and began the lengthy process of trying to prove to the SWA that it should be allowed, Glenmorangie launched A Tale of the Forest, made from barley kilned with woodland botanicals, including juniper berries, birch bark and heather flowers.

The SWA had concluded that this practice did not alter the flavour of the whisky, but many of those who have sampled the expression feel that flavour elements appear to come from the botanicals. At one recent trade fair, a Glenmorangie representative declared that A Tale of the Forest had been designed so that it could be paired with tonic water!

Not surprisingly, there is a degree of dissatisfaction and confusion among the ranks of Scotch whisky distillers, with calls for independent analysis of the Glenmorangie release. 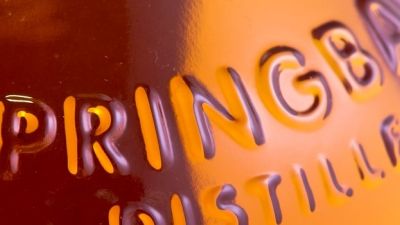 We’ll respect your privacy and you can unsubscribe at any time.